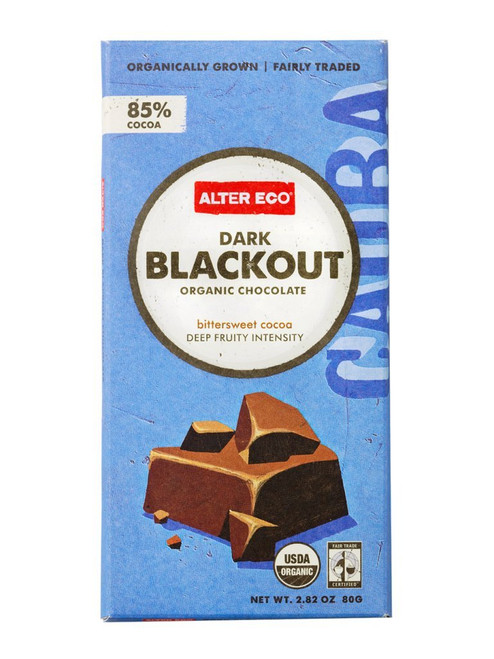 Alter Eco Organic Chocolate Dark Blackout 85% Cocoa is a delicious treat. Chocolate is an extraordinary delicacy that has made an extraordinary journey. The origin of the word 'chocolate' likely comes from the Nahuatl (ancient Aztec) word xocolatl meaning 'bitter water,' as the Aztecs traditionally drank unsweetened chocolate during their royal and religious ceremonies. A native plant of Mexico, Central and South America, cacao is believed to have been introduced to Europe in the 16th century by Cortez, the Spanish conquistador. Two hundred years later in England, John Cadbury created the first modern chocolate bar by adding refined sugar and milk.

At Seagull Coffee we love this chocolate. That's why we decided to list it.

Jim is a resident of Costa Rica who grows and processes his own coffee. He demonstrates his process and gives his candid insight into the coffee industry. Feel free to contact Jim to learn more at: nanolume@aol.com

This product hasn't received any reviews yet. Be the first to review this product!